My grandmother was a fun-loving petite woman who, as many women of that time, sewed her own clothing and maintained a stylish appearance even through the lean economic times in the post-depression and post-war Midwest.  I recently discovered in the 1940 census, a year after this photo was taken, she was earning only slightly less as a stenographer with large railroad company than my grandfather who sold insurance.  Go grandma!  But alas, the first of several babies came shortly thereafter and she no longer needed to sport a working woman’s wardrobe, though that’s not to say she wasn’t still stylish.  My only memories of her are of a very sick and small woman who appeared much older than her middle age. 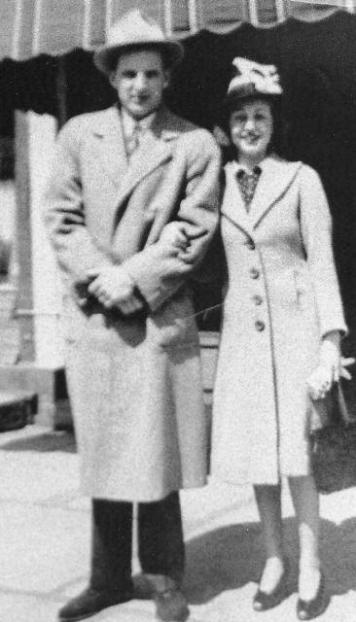 Recently my mother gave me a pair of old gloves that were my grandmother’s.  I have memories of them being at the bottom of the box of our family’s winter accessories – the glove that you always grabbed while fishing blindly for another, and tossed back annoyed. But now the palms are dried out and coming unstitched and the knitted portion battled with moths or barbed wire or another prickly country thing. 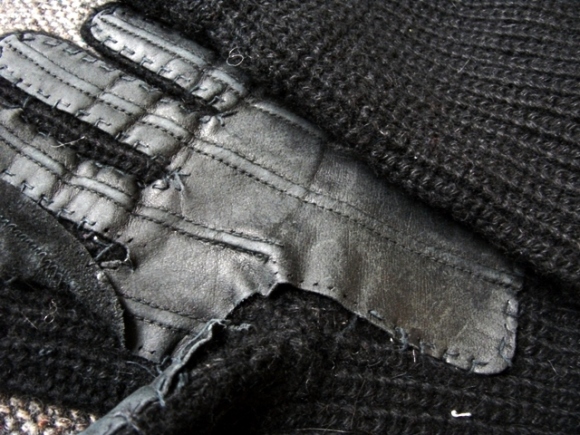 They appear to be a humble everyday glove, better for sweeping flurries off the stoop rather than going shopping downtown.  But a label still survives in one… 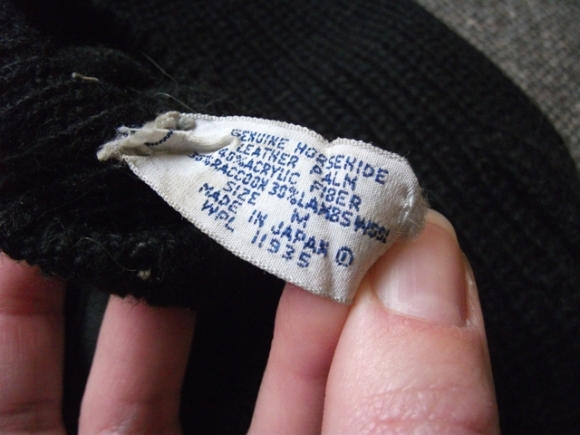 What an odd mix of posh and not… though in its early years acrylic had a much better reputation than now and was used to make “cashmere-like” twinsets.  But the raccoon is interesting – I keep thinking how short the fibers must be, though perhaps not unlike an angora rabbit.  And the horsehide palm…yes, we Americans are squeamish about all things horse that aren’t riding off into the sunset, but it’s still leather just like from any other leather producing beast.  The gloves seemed to be knitted in a shaker rib, and I hope to be able to stitch up the holes without needing to actually replicate the stitch as I will never find a suitable yarn to match, though they feel a bit like a baby alpaca blend.  They also have maintained a beautiful shape and are a testament that wool has memory (I will not acknowledge that the acrylic probably brought something to the table as well).  I am curious, however, about their size – as seen from the picture above, my grandmother had tiny hands, and these are labeled a sized medium and in fact fit my man-sized paws.  My mother believes that they are from the early 1970s or late ’60s, and thinks they couldn’t be much older since they still exist, and in fact still exist as a pair, but I wonder if they might be older.  (But I’m also secretly hoping they weren’t actually my aunt’s…)  Either way, they will go back to a life being worn and won’t be the lonely pair at the bottom of the box.